Setting up Kubernetes with Rancher on Hetzner

One of the big advantages of using Docker is the promise of an easy deployment process. And while this is definitely the case for smaller application with, for instance, docker compose, it's not really a production ready solution. Docker compose also doesn't have the (subjectively) very awesome autoscaling features and automatic rollbacks. Lots of organizations are choosing either a managed kubernetes solution by gcloud/Amazon, or choosing for a massive vendor lock in with Amazon's ECS or Fargate.

I'm going to show you a very easy way to launch your stack on kubernetes with a beautiful UI, and no vendor lock in using Rancher. And don't worry, it's a lot easier than you think!

In this tutorial we're just going to create a Kubernetes cluster with Rancher running on Hetzner servers, for a grand total of €5,- a month. No fancy stuff just yet. In another tutorial I'll show you how to run your services on the cluster, including a VPN and automatic SSL.

I went with Hetzner because they offer very affordable servers at a prime location for european users. You also pay by the minute with Hetzner. So following along with this tutorial is going to cost you in the range of cents.

Okay first off you're going to need a few things:

Setting up Rancher to be able to provision Hetzner nodes 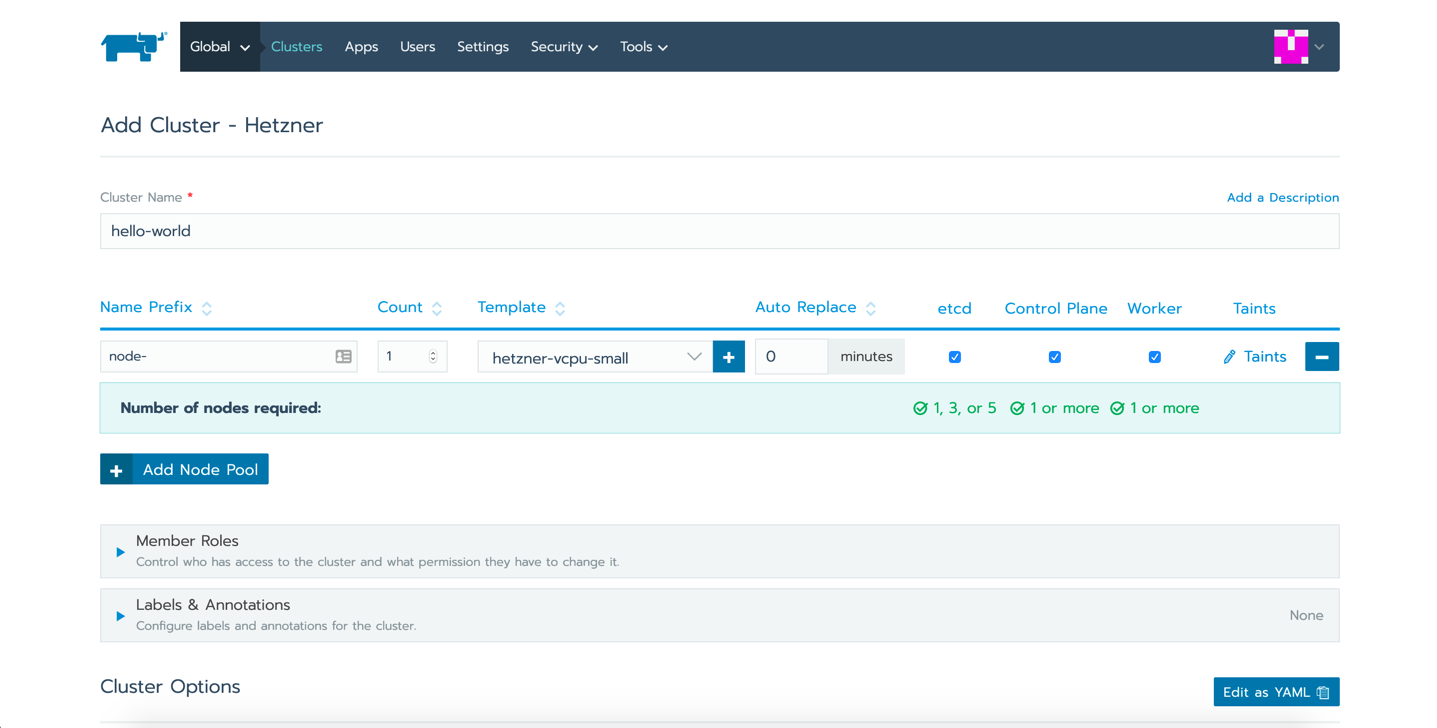 Awww yisss! You've just created a fully operational Kubernetes cluster on Rancher!🚀 You can manually scale instances up and down.

If you're already familliar with Kubernetes, you can find the .kube/config file under Cluster → Kubeconfig.

If you're not: don't worry! We're going to walk you through setting up some extra cool features (like a VPN) and launching your first application on the cluster later.